Home News All I want to hear from President Museveni is opening the economy...
Facebook
Twitter
WhatsApp 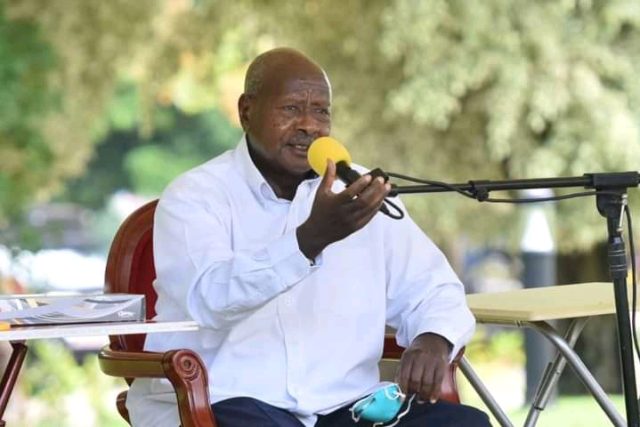 As the nation anxiously awaits for President Yoweri Kaguta Museveni to address the public on Friday 31st December, many want him to lift the lockdown on ventures that are still restricted.

In particular, Galaxy FM presenter Nabbeta Nimrod, widely known as DJ Nimrod, says he the only thing he wants to hear the president speak about during his New Year’s speech is opening the economy fully.

He backed his point stating that the number of people the Head of state asked to be vaccinated from Covid19 so that he opens the economy was hit.

With that being achieved, DJ Nimrod doesn’t see why the economy and mostly the entertainment sector restrictions are not lifted for artists to be permitted to work again.

This is because the entertainment sector has been under strict restrictions for the past two years ever since Covid19 ravaged the world leaving gatherings of many individuals banned while other sectors in the country were partially opened like Churches, weddings, and some other functions that usually have huge crowds.

All along, the Fountain of honor has always declined to open bars and concerts stating that drunkards can hardly control themselves noting that they would easily spread Covid19 to other individuals.

We wait to hear whether the president will fully open economy as he had earlier on promised in his last Presidential State of the nation address.