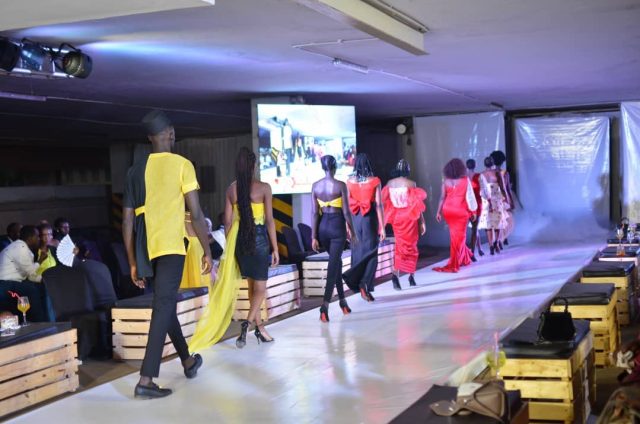 The celebrations took place at Cham Towers in Kampala in a glamorous function were beauty queens and socialites were in attendance to witness the milestone she hit.

As the event went down with models hitting the run way, those who attended were served with eats and free cocktails that they sipped on.

The fashion show had models showcase men and women’s outfits including bridal, maternity, casual, and office wear, among others. Some of the models were pregnant.

The event was fun-filled with different styles of fashion as MC Esco drove the night as the host, Prima Kardash, Jessica Kayanja, Ras Kasozi, Joram Muzira and so many others.

Speaking to Alyn in an interview, she stated that this has always been her dream and holding such an event is something huge and career path changing.

“I’m doing this fashion showcase to show what I have in store but most importantly to give back to the people who have supported me in the last ten years. I have done so much and styled so many people and now this is my way of celebrating my milestone,. 10 years is a long enough period to establish my fan base, my traction, and a recall value with my customers”- Alyn stated.

By 8:00pm the event was done and revellers were free to leave at leisure. Take a gaze at some of the photos below.