Gagamel Entertainment singer Moses Ssali a.k.a Bebe Cool has hit hard at local promoters who have made it a habit of jetting in foreign musicians for huge shows leaving Ugandans only to act as curtain raisers.

The Wire Wire singer expressed his dismay about local promoters as he was performing at a recent show where he called out most of them to give local artists a chance to show what they got.

Bebe Cool went ahead to ask to promoters to accord much respect to him, Jose Chameleone, and Bobi Wine saying they uplifted the industry from far.

He went ahead and added that when an artist rises in Uganda, all promoters do is tarnish and destroy his image.

“I don’t know why this habit has continued to go ahead of hiring even the smallest of Nigerian singers to come and perform in Uganda at very high rates. This industry is full of people who don’t wish others well.

When a Ugandan artist makes a hit, bloggers are paid by these promoters to tarnish and kill their brand but they always run after these Nigerians. And you don’t see the favor being paid back by Nigerian promoters, not even giving our music airplay,” a furious Bebe Cool said. 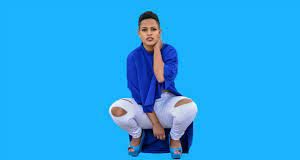 Kemi Sera set to get hitched to her USA-based Nkuba Kyeyo...