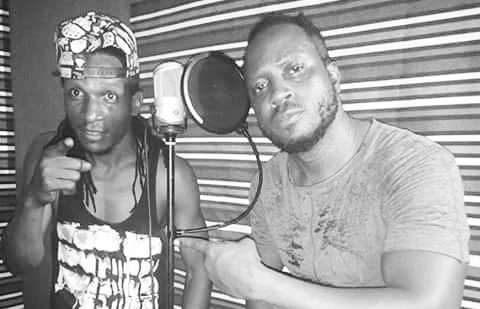 According to reports circulating in the entertainment circle, it is alleged that Bebe Cool is behind the arrest of Blackskin after the latter exposed him for not paying him for his composition.

Bebe Cool’s failure to pay Blackskin for composing the “Gyenvudde” song, forced the latter to take to his online platforms and blasted the Gagamel boss and some other artist, calling them faded artistes who he is going to drag into the gutters.

Am going to send you in retirement you two faded artistes. You can’t make music and you don’t want to pay creators,” Blac

Not only did Blackskin throw shed at Bebe Cool, but he also went ahead and dropped a more improved version of his “Gyenvudde” song that had relatively started amassing air rotation on different media outlets than that of Bebe Cool.

Blackskin’s arrest was confirmed by his very close friend Eno Beats through his Facebook page early on Sunday morning.

Eno Beats revealed that Blackskin had been arrested on Saturday at around 4pm and detained at Jinja Road Police Station over matters to do with the ‘Gyenvudde’ song.