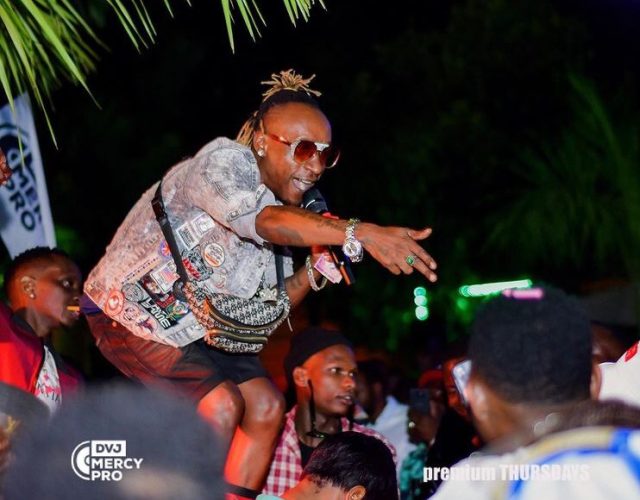 Singer Diamond Oscar lost his cool after a one unidentified events host called him ‘Diamond Platnumz’ as he tried to force him off stage.

The ‘Terminator’ singer ranted telling the DJ and the host to always accord respect to veteran artistes who invested a lot in Uganda’s music industry.

After ranting on stage, Diamond Oscar was asked why he undressed his shirt, he replied stating he just wanted to show the DJ and the host how much money he invested in his body.

You don’t want to give me respect and you expect me to respect you?. Don’t call me ‘Diamond Platnumz’. I am Diamond Oscar, the Bling Bling Master”, Diamond Oscar rants

He claimed that he has so far invested Shs25m in his body based on the tattoos he has.

He went on to state that he has invested even much more than the Shs25M just because he didn’t reveal the tattoos between his legs and the back.

Diamond Oscar used the example of American rappers who ink tattoos all over their bodies stressing that they invest heavily on themselves.

Faded singer, Diamond Oscar fights a DJ. He claims that the DJ disrespected him. 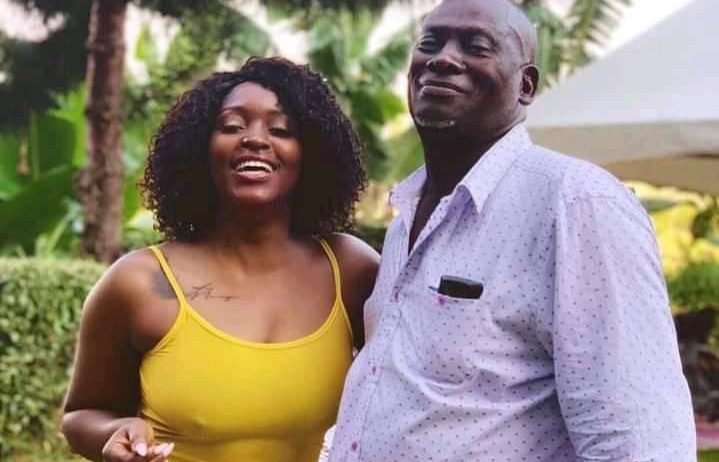 Winnie Nwagi’s dad wants her not to extend contract with Swangz...