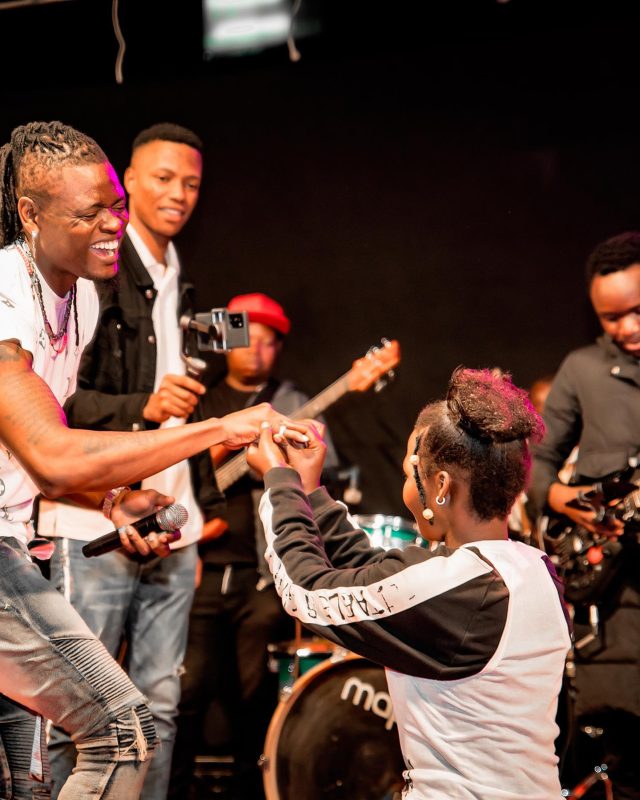 There was love drama in Kiboga when a female fan from the crowd stormed the stage and proposed to singer Pallaso as he performed live on stage.

The dramatic incident happened while Pallaso was conducting one of his ongoing countrywide music tours in the greater Mubende region.

A diehard and staunch fanatic of the ‘self proclaimed’ King of the East hit the stage with a wedding ring thereby proposing to the “Malamu” singer.

As he is famously known as a man of no disappointments, the Karma Ivein singer accepted to place the ring on his middle finger before extending a heartwarming hug to his fan. 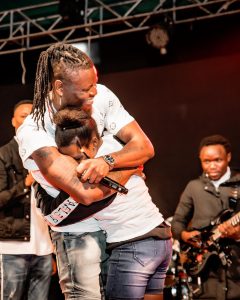 Pallaso has since shared the memorable experience through his socials;

“I didnt No women could propose to men as well. This young beautiful lady proposed to me on stage and said she wanted to marry me in KIBOGA.”

Will Pallaso’s relationship with the fan live to see its first anniversary?