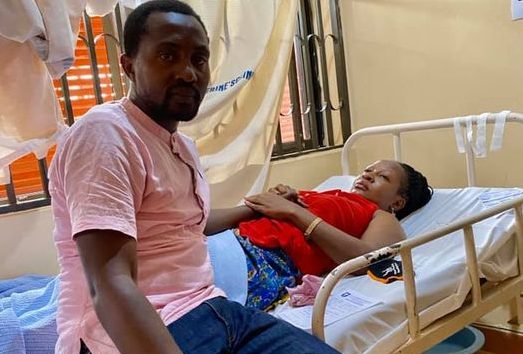 The incident which resulted in Namanda being admitted happened at around 2 pm as she had joined other members of the House of Rest church for lunch prayers led by city pastor Isaac Kyobe Kiwewesi.

Basing on the information that we managed to collect, five people were reported to have died instantly when the old building ceiling collapsed hitting them severely and several other scores were left injured and rushed to hospital before police swung into action to rescue other individuals.

A one businessman who was identified as Mr. Nkuubi Kenneth, an eye-witness told reporters how he used his car to transport some injured individuals to the hospital.

However, the police has said that no death has been recorded yet but summoned the church pastor and the buildings manager to record statements.

The good news is that Namanda wasn’t hurt but found herself on the sick bed because of shock and trauma that she couldn’t bare to believe that it was a reality.

Fellow comedian Bugingo Hannington who paid her a visit immediately he learned about her condition strengthened fellow comedians as he revealed that Namanda is responding positively.

She has finally Responded! She says she wasn’t hit! But the trauma is still too Much

Meanwhile, we wish her a quick recovery and may the good Lord strengthen the families of those who lost their dear ones due to the indecent. 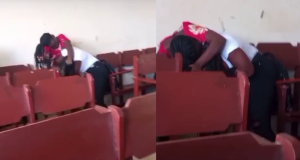