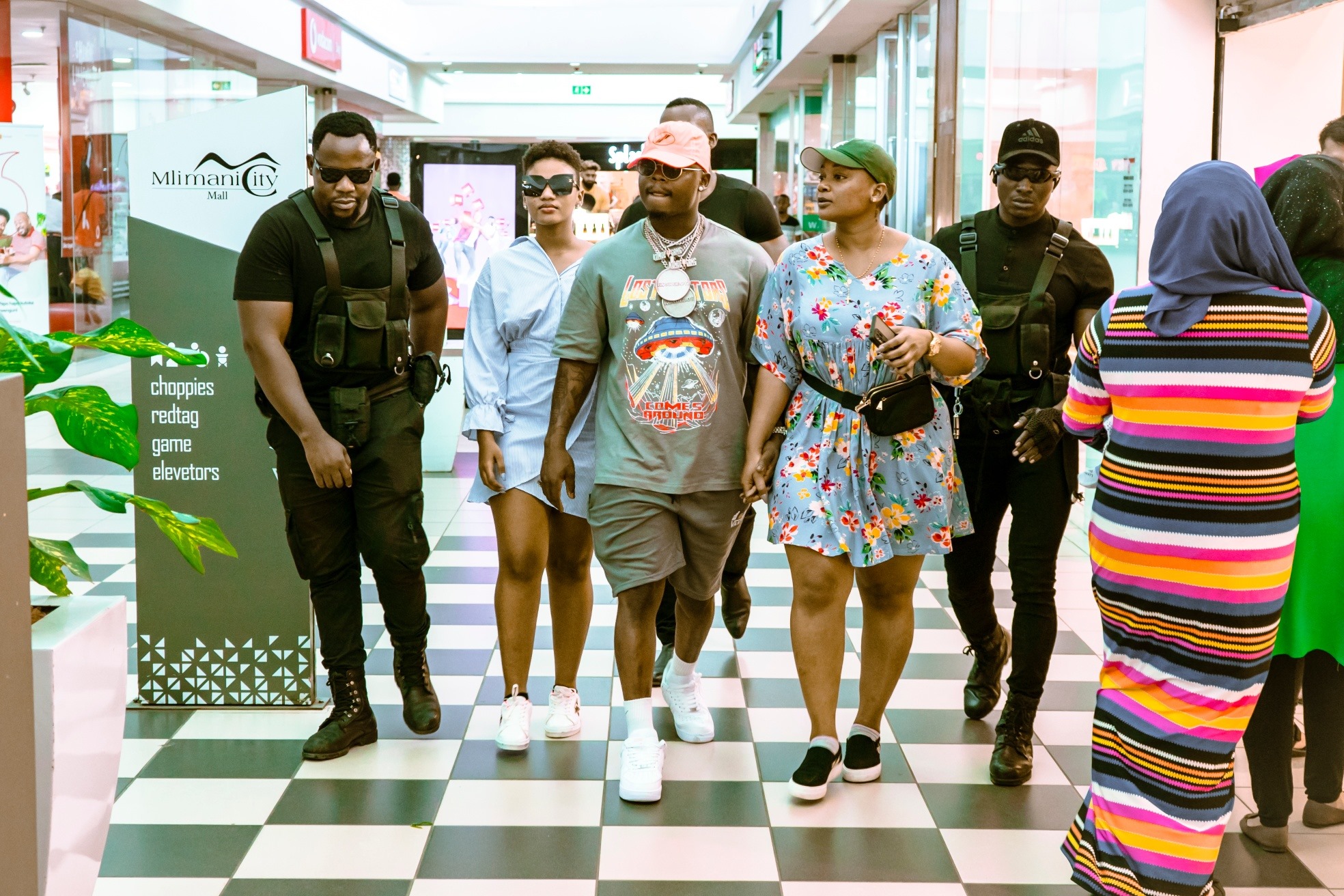 Over the weekend, Konde Gang boss Harmonize treated his new girlfriend Kajala and stepdaughter to a shopping spree.

The Bongo star who seemed to be enjoying the moment with his girlfriend shared the photos on his social media pages showing the three spending quality time as a family while shopping as well as given protection by his over-the-top security detail.

In the photos, it was clear and evident that Harmonize and Kajala could not let go of each other and the actress’ daughter took her time as she checked out the outfits and shoes that were on display. 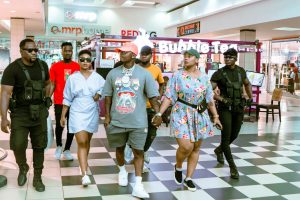 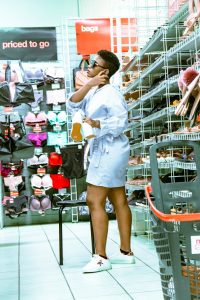 The Uno hitmaker then captioned the series of photos on his platforms as;

Sunday is a family day out.

While doing their shopping, the lovely and adorable couple showed off their matching ‘his and hers’ tattoos that they got just a few weeks after making their relationship official.

A week back,  the musician decided to tattoo the letter ”K” on his neck, which is the initial for Kajala’s first name. 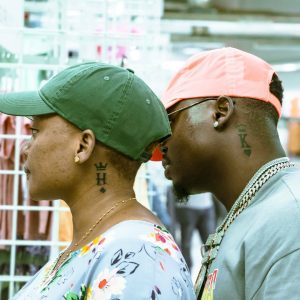 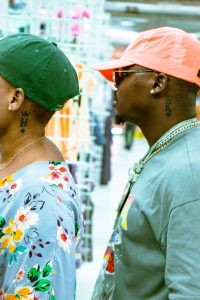 The ”K” was accompanied by a queen’s tiara on the top side and the love heart on the bottom side of the initial.

Harmonize’s bae Kajala could not be left behind as she too got herself a tattoo of the letter ”H” which is the initial for the singer’s name. She also added an ace of spades symbol at the bottom and a king’s crown at the top.

Take a gaze at the photos below. 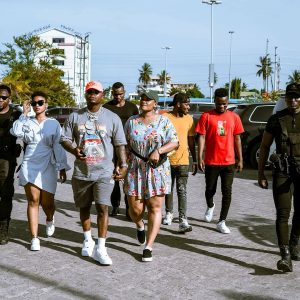 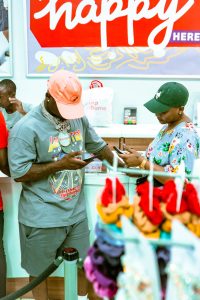 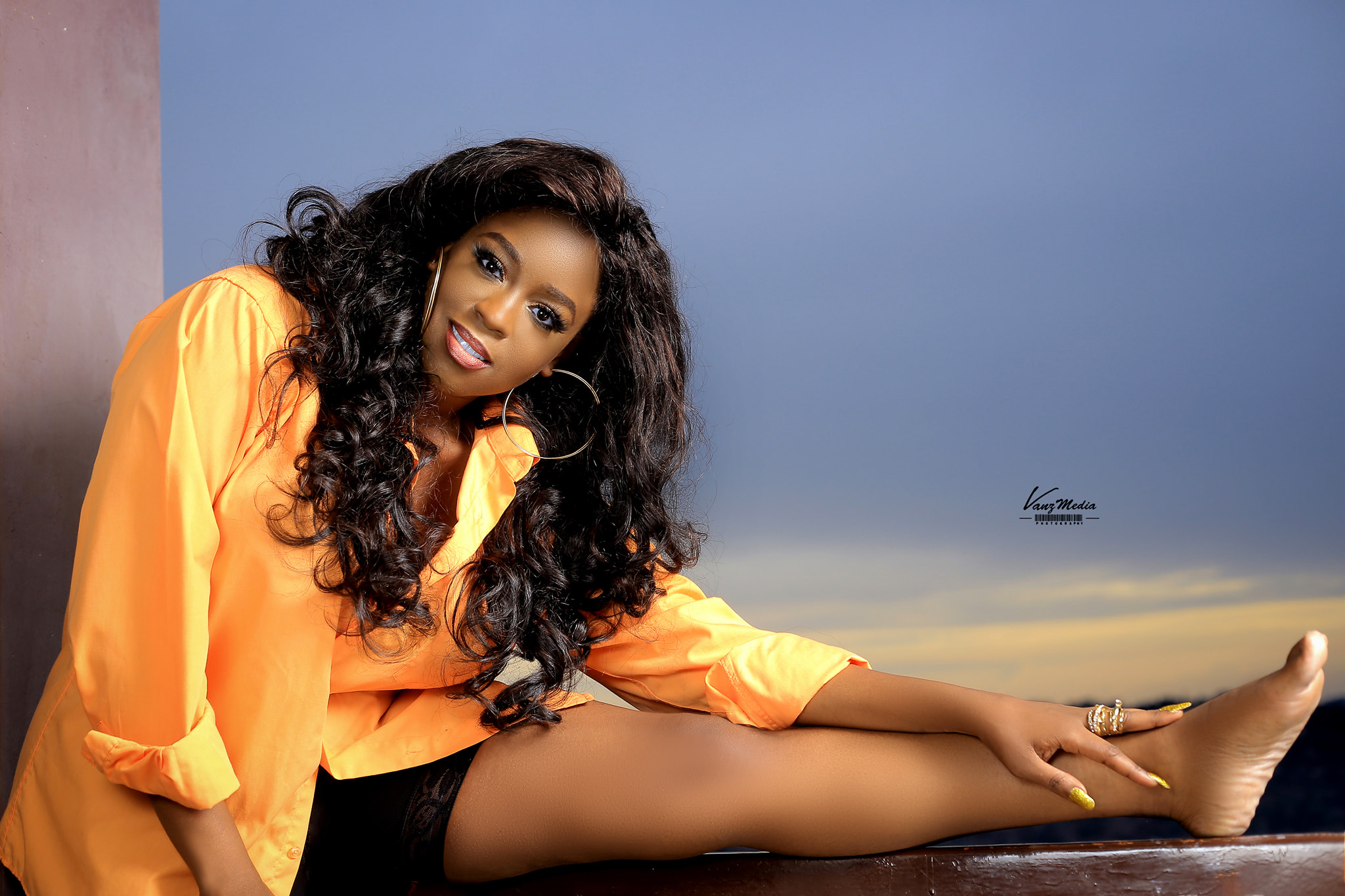 You’ll see me everywhere I choose to go wearing my beautiful...