Kenyan television and social media personality Vera Sidika Mung’asia has disclosed that she ended her relationship with her Tanzanian Ex-boyfriend Jimmy Chansa because it was toxic.

The 31-year-old celebrity and video vixen opened up about her past relationship with Jimmy Chansa through A & Q session with her fans on Instagram stories.

Ms. Sidika explained that Jimmy did a lot of bad things that she couldn’t withstand in the relationship, despite being branded the innocent one by netizens.

The saddest thing about this relationship is that people thought he was the most innocent, decent person I ever dated.

I’d too until the real person unveiled. The things I went through and saw. Waah! I have never been shocked in my life, out of all my relationships it was the most shocking one to me.

Better the devil you know than the Angel you don’t know. When the same mistakes are repeated severally it means it’s a habit that will never change and those mistakes were not silly things. Proper terrible things, that No woman can tolerate”

Vera Sidika went ahead to reveal that if it wasn’t for her growth and maturity, she would have exposed the nasty things Jimmy used to make her go through.

It’s because of growth and maturity, otherwise, if I was to post the things I saw and went through here, Y’all would have hated yourselves for thinking it was the best relationship. I had to end it faster. Woi! in so glad I ended it

She concluded by stating that she wasn’t going to stay in a toxic affair in the name of impressing fans yet she was going through a hell of a relationship.

I walked out of my relationship coz I’m not gonna stay in a toxic one just into impress people like you. You can think whatever u like at the end of the day I’m the one who’ll face the Bullshit so I will eliminate what’s not good for me.

If u like say whatever, strangers on the internet will never let me tolerate bullshit from a man just to show the world that I’m still in relationship. Hell nah. I will always put myself first. On God!!!” Said Vera. 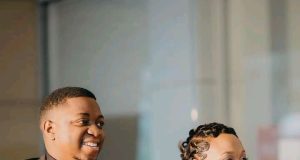