According to Dembe FM’s “Twezimbe” presenter Isaac Daniel Katende alias Kasuku, a close source to the singer tipped him that he spotted Chameleone checking in at a certain hospital in the areas of Seguku.

Rumors further indicate that the singer is suffering from disease-related either to his pancreas or liver due to the consumption of alcohol and spirits.

Chameleone apparently takes only wine in an effort to distance himself from consuming alcoholic drinks if we are to go with what Isma Olaxess narrated to Kasuku.

In any case the reports are valid, we pray for Chameleone’s quick recovery! 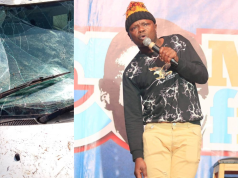