Khalifa AgaNaga opened up about John Ssegawa’s acts after falling victim to his behavior at the recently climaxed triumphant Eddy Kenzo Festival that happened at Kololo Airstrip.

Speaking in an interview on Spark TV, AgaNaga narrated that he was bounced and denied a chance with a couple of artists to perform at the event by John Ssegawa who was the stage manager.

He explained that John Ssegawa poorly treated and shamed several artists at the Eddy Kenzo festival when they all tried their efforts to talk to him but only bossed around them since he was the stage manager.

The “Kiboko” hit singer narrated that the artists who faced John Ssegawa’s wrath on that night were Kataleya & Kandle, Pastor Wilson Bugembe, Nince Henry, and himself who were bounced.

The act of bouncing them didn’t sit down well with them adding that Pastor Wilson Bugembe reached the extent of putting off his hat so that John Ssegawa could recognize him and create space for him to perform, but he stood his ground and didn’t feel remorse about denying them the opportunity to perform.

Khalifah AgaNaga states that the next time John Ssegawa lands the chance to be a stage manager at any big event, he should up his communication skills with the way he talks to artists.

John Ssewaga is the brains behind Creative Director at Beyond Boarderz Entertainment International and his label has produced quite a number of loved local drama series that many have loved and enjoyed watching on set.

He has produced and directed “The Honourablez” drama series that airs on Pearl Magic.

He was years back voted as one of the most handsome men in Uganda and he used to date actress Mariam Ndagire but their relationship didn’t last long due to accusations of infidelity. 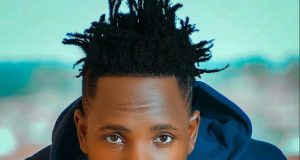 I promise to quit puffing weed in the next 15 years...