Based on the letter issued by the Dean of students Ms. Winifred Kabumbuli, the suspension of the trio followed a meeting held by the university central management on Monday.

The party which was headed by singer Edrisa Musuuza alias Eddy Kenzo was dominated by a lot of violence and ‘hooliganism’.

The violence left one of the Big Talent crew singers Fik Love  injured after a bottle was targeted on his head in the wee hours of the night.

The 2022 Fresher’s ball thus ended in chaos as Police fired teargas and live bullets to bring the situation back to normal. 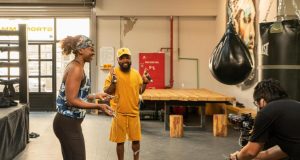 Kate Henshaw and Nedu Wazobia set to be treated to a...