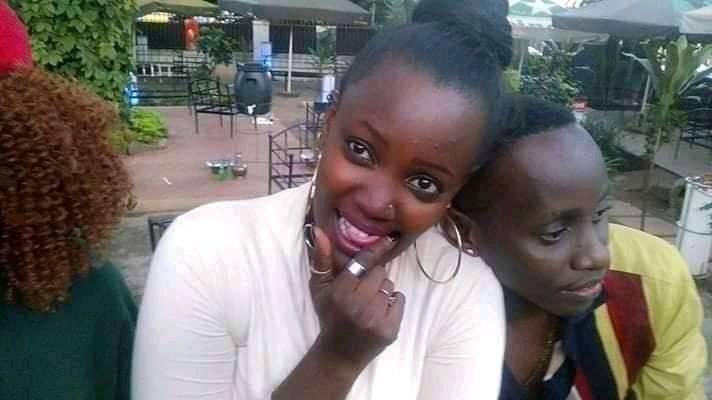 There was drama in a salon around the suburbs of Kampala when MC Kats ex-bonkmate Ntaborwa Faith was nabbed with a salon client’s stolen mobile phone.

The allegations began when Ntaborwa went to a salon close to her home and made off with a mobile phone belonging to a lady identified as Bridget who had come to the salon to repair her hair.

When Ntaborwa made her way into the salon, she sat close to Bridget’s phone and also requested assistance to charge her mobile phone.

After a few minutes, Ntaborwa stepped out of the salon leaving her phone behind and returned home to take a bath with Bridget’s phone in her bag.

When Bridget also stepped out to take her child to the restrooms, on return she started searching for her phone, tried calling on it but it was switched off.

They immediately decided to call Ntaborwa to return to the salon to ask her whether she had come across Bridget’s phone. She denied the allegations.

Thereafter, Bridget got tough and dragged Ntaborwa to the nearby police station where she admitted to having pick-pocketed Bridget’s phone and confirmed how she had left it at her home.

She then sent someone and returned it and she had to spend a night in the coolers revealing that MC Kats had sent her to steal the phone before Bridget set her free.

When Ntaborwa was contacted through a phone call interview on NBS TV, she denied the accusations saying that the allegations were set up by MC Kats just to tarnish her name.

She further promised to clear her name in a live TV interview as soon as she gets out of rehab where she is currently receiving treatment. 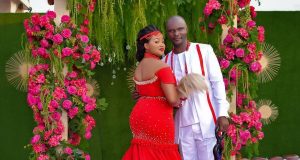