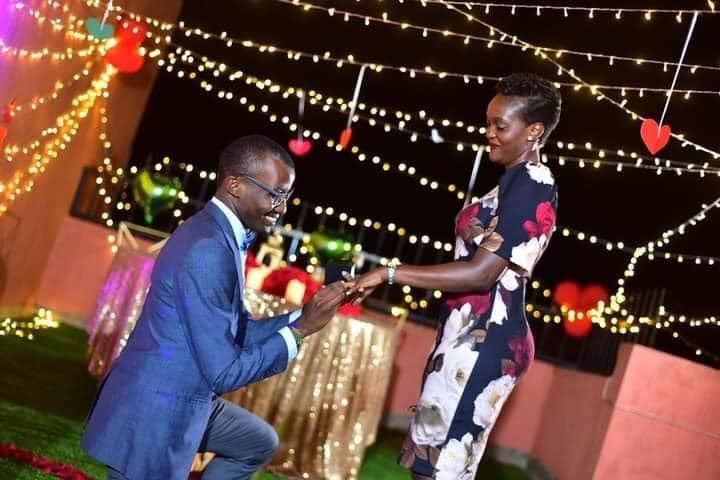 NTV Uganda’s news anchors Raymond Mujuni and Ritah Kanya are now officially an item after the former went down on one knee and proposed to the latter and she said “YES” in a colorful event.

The pair have for sometime been reported be too close and inseparable while in the Serena based newsroom and their chemistry was always tick.

The two made their love affair public at a romantic private proposal on the evening of Thursday 15th April, 2021 in Kampala.

Raymond Mujuni broke the exhilarating news via his social media where he shared a photo of himself romantically hugging his bae, and the captioned the post as;

JUST IN: The most beautiful girl in the world said yes to my most difficult question

The update now is that in a few months time to come, the two will be holding their marital ceremony on a dates that are to be announced anytime soon. 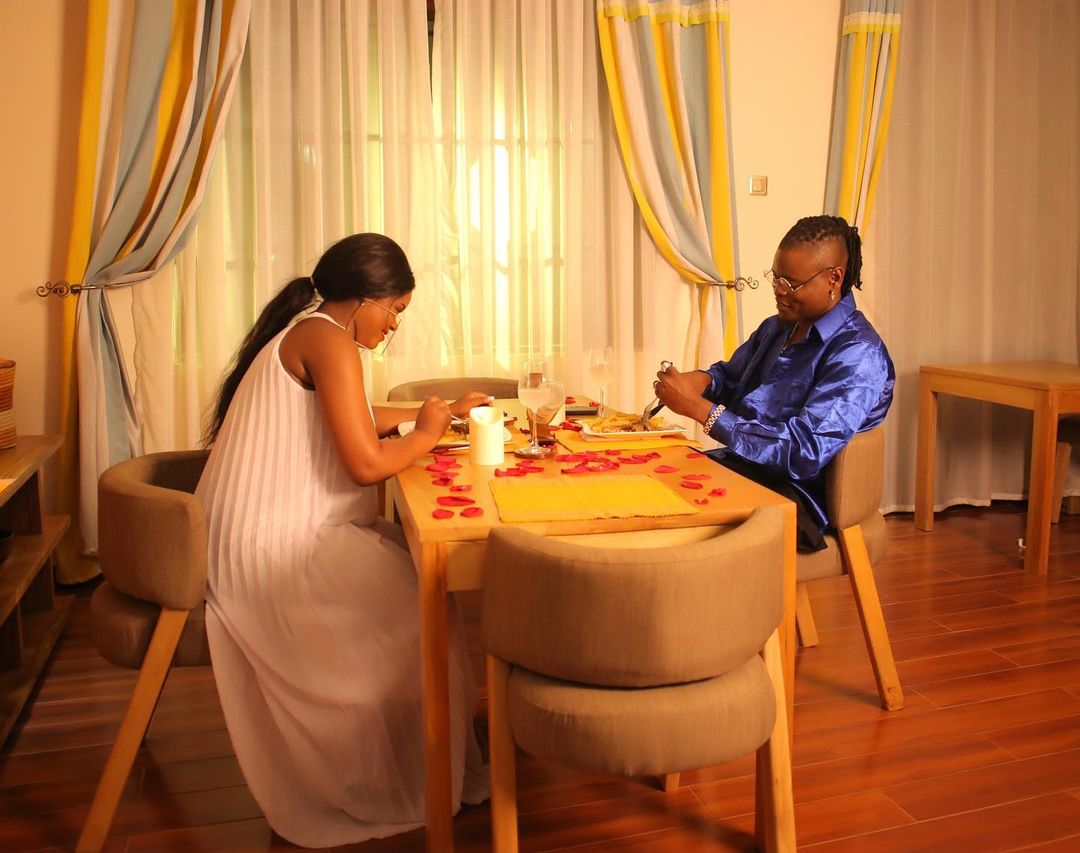 Pallaso tips men to keep caring for ladies even after winning...