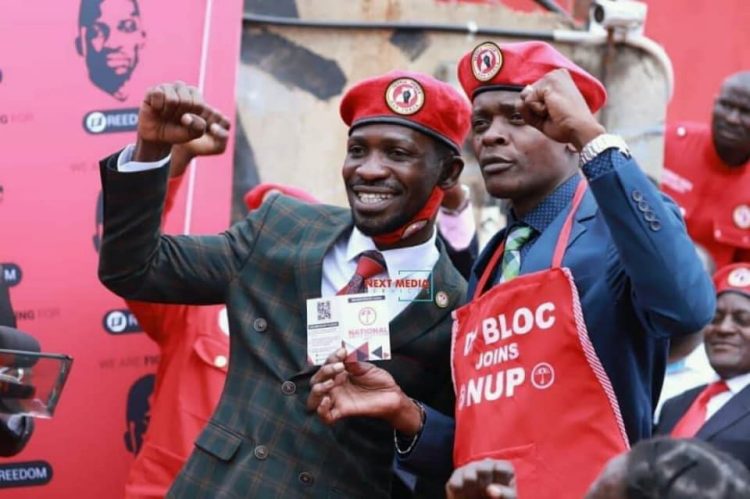 Leone Island Music Empire boss Joseph Mayanja alias Jose Chameleone has disclosed that he switched back to NRM because NUP ditched him at a moment he needed them the most.

Jose Chameleone reasoned that when he always visited NUP offices in Kamwokya to meet Bobi Wine, they made it difficult for him something he took polite thinking Bobi was always too busy.

The other thing which hurt him the most was when former Kawempe North MP Hon. Latif Ssebagala returned the Mayoral flagship card but instead of handing it to him, he was ignored and they gave it to Hon. Naggai Ssempala.

The incidence didn’t go down well with Chameleone as he developed a rock-heart towards the NUP members.

So those who were asking him why he crossed back to NRM, he asked them as well if they want him to love Satan who doesn’t love him yet there is God who loves him.

First of all, meeting the National Unity Platform (NUP) principal, Bobi Wine at his office is was a always tough task. Secondly, you all remember when former Kawempe North MP Hon. Latif Ssebagala returned the Mayoral flag, they ignored me and gave it to former Woman MP Naggai Nabbira Ssempala.

So do you want to send me to love Satan who doesn’t love me yet there is God who loves me?

The Legend of Zelda: Breath of the Wild gameplay on the...