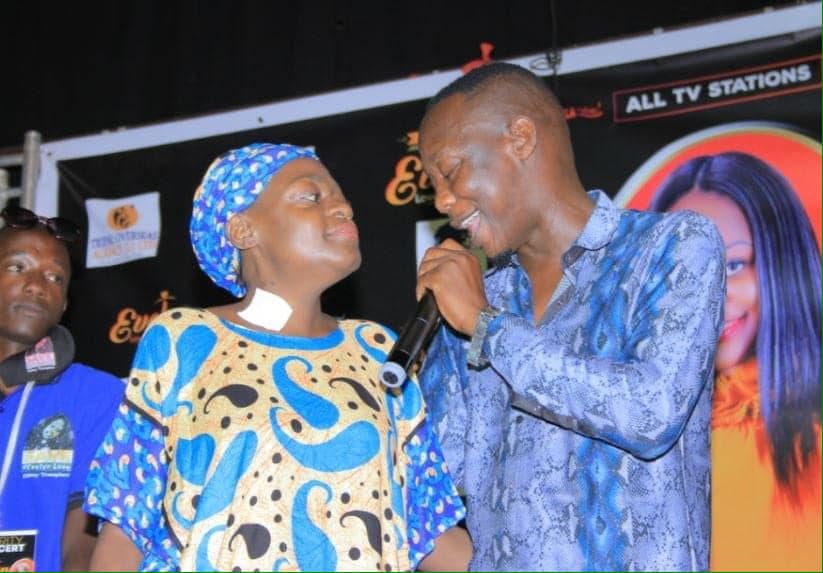 Police halted the show midway through MC Mariachi’s performance based on reports that revelers who had shown up to support the ailing singer-turned-actress were neither wearing face masks nor observing the social distance rule.

The Nansana charity concert had so far attracted the largest number of revelers compared to the first two shows at theatre Labonita and Freedom city and the police decision to abort the show left the organizers unhappy plus the revelers who had come to support the singer.

The organizers later pleaded to the government to give them another opportunity to hold a charity concert or take over and foot the singer’s health bills.

The charity concerts was organized with permission from the Ministry of Health that cautioned the organizers to permit a maximum number of 200 revelers and follow the SOPs against the spread of the deadly Covid-19 disease.

During the concert, Bebe Cool also pleaded to the Head of State to intervene in Evelyne Lagu’s health condition so that the singer can be flown to India for treatment as soon as possible.