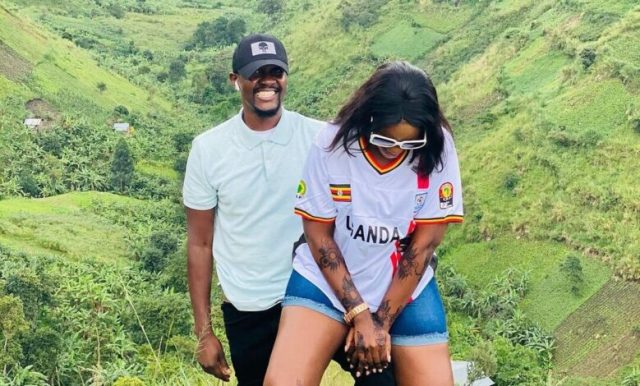 For the past couple of months, media personality Precious Remmie Nakitto has been heaping praise upon her lover, Raymond Bindeeba.

She even a few hours ago disclosed how she loves her husband back and forth despite his imperfections.

Apparently, her lover, Raymond Bindeeba is in hot waters after one of his ex identified as Akum Sophia came up and accused him of being a ‘deadbeat’ father.

Akum Sophia accuses Raymond Bindeeba of child neglect to a daughter they gave birth to about 13 years ago.

She notes that she met with Bindeeba in 2007 while she was still in Senior three.

Later on. their relationship resulted into pregnancy in 2008 and she gave birth to a baby girl whom she named Akankwasa Shifrah but her sweetheart denied being the father.

She explains that by the time she gave birth, Bindeeba was out of the country (working in Sudan). After giving birth, she notes that Bindeeba sent his sister to subject Sophia’s daughter to a DNA test and when the results returned, she was not given a chance to see them.

Sophia goes on to allege that since then, Bindeeba has only extended $500 as child support fund chewing the rest of the money with his other slay queens.

The struggling mother wants Bindeeba who she knows as Mubangizi Benedict to start taking care of his daughter and support her in paying school fees.

She claims that she recently contacted Remmie on phone and explained her problem to her but her only advise was that she takes care of her child and stop depending on today’s irresponsible men.

Here Are 6 Brands and Designers to Look Out for Next...