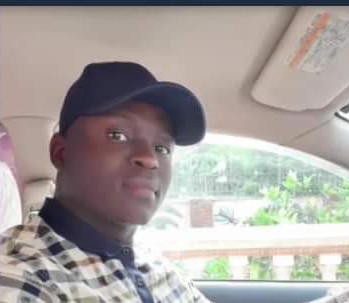 The city businessman’s son was exposed by his former lover who claimed that it is now coming to two years since he last sent her financial child support.

The tearful lady explained that she met Tom Kasawuli Mukasa while in her form six vacation whereas the latter was at the university.

They made love and had fun which resulted into the two giving birth to babies.

Before giving birth to their first child, Tom Kasawuli Mukasa promised the lady that he was to visit (hold traditional marital ceremony Kukyala) her patents and legalize their relationship but midway the preparations things went south after the guy was requested to pay dowry of eight cows.

She is apparently seeking help from the concerned individuals and well-wishers who can aid her look after her children since she cannot afford to take good care of them individually.

She has called upon Mama Fiina, Prime Minister Robbina Nabanjja, and FIDA to come to her rescue since every step she has tried to take has always been intercepted by her ex-lover.

She explained that she does not want to return to Tom Kasawuli Mukasa reasoning that he did gross staff leading to irreconcilable relationship between her and Tom Kasawuli.