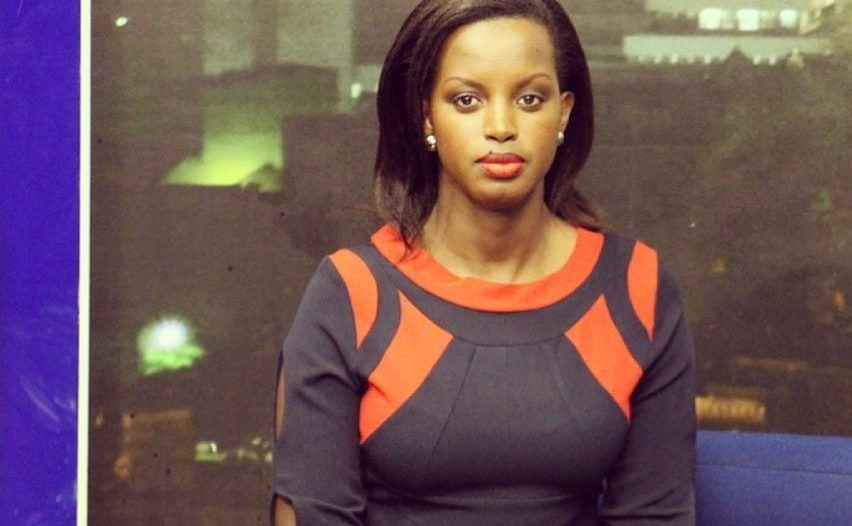 At last, NTV Uganda news anchor Flavia Tumusiime has officially signed out at the Serena-based Nation Media Group of the company after six years of service.

Flavia Tumusiime announced her departure from NTV Uganda today morning through her Instagram account on the back of rumors that have been making rounds of recent on different media platforms.

She last appeared on set in April and ever since the start of this month (May) word spread that the news anchor requested for a pay increment which her bosses were reluctant to add to her salary.

Rumor still points out that she could be on the verge on joining the Naguru-based NBS TV.

Praying you’re all happy and healthy and walking the path of greatness.

I start the week with good news. After 20 years in television, I have chosen to challenge myself again.

In 2015, I was given an opportunity by @mauricemugi to join the newsroom @ntvuganda as an anchor and that challenge was accepted with fear and grace. Thank you @aggie.itazya who at the time insisted I will do great and didn’t give time to my anxiety.

Thank you for the training and the platform that has rebranded me and helped my career adjust to a new vision I have since set for myself.Thank you to the viewer. YOU have been the reason for a lot of my success and I will never take you for granted.

April 2021 was my last month as anchor and host @ntvuganda and the start of great changes in both my career (media personality, content creator, and business partner) and life as a wife and mother.

You will always be part of my life and I don’t intend to hide the next move or actions of my life.

For now, mine is gratitude for where I’ve been and who I’ve become and I hope young people will now occupy these spaces we are leaving and that you’ll do great things.

We Flavia luck and success in her next endeavors!

Teddy Naluswa Bugingo on the verge of losing the divorce case