Sasha Brighton rose to fame a few years back but her music career was rotating around the married man she was dating who was also working as her manager then Herbert Shonga.

However their relationship didn’t go any further, and in 2019 the couple separated both moving in other different ways. Shonga stopped managing Sasha’s music, she also moved on to do music with her personal team making sure her career moves on like it was while with her former management.

Things changed during Covid19 lockdown when Sasha got closer to singer Pallaso and also appeared in one of his video songs as a vixen. She even got pregnant during that time and she completely got off music to look after her pregnancy and the child after birth. Sasha didn’t reveal the father of her child after birth. She appeared in the media for some time and later completely disappeared from the media and the music industry.

In a video that has been shared on social media, Sasha Brighton has reappeared crying saying her life changed ever since she got pregnant and gave birth. She revealed that the boyfriend told her to leave singing that he will look after her in everything but things have turned the other way around and nothing is being given to her.

Talented Sasha Brighton said that she is even being chased out of the house because of accumulated rent debts Bd now she doesn’t know what to do for herself and the children.

“My life has changed ever since I gave birth. They are even chasing me out of the house because of rent. The man told me to stop singing and focus on my family now am suffering. Men can change,” Sasha Brighton said 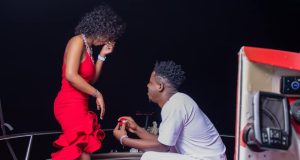